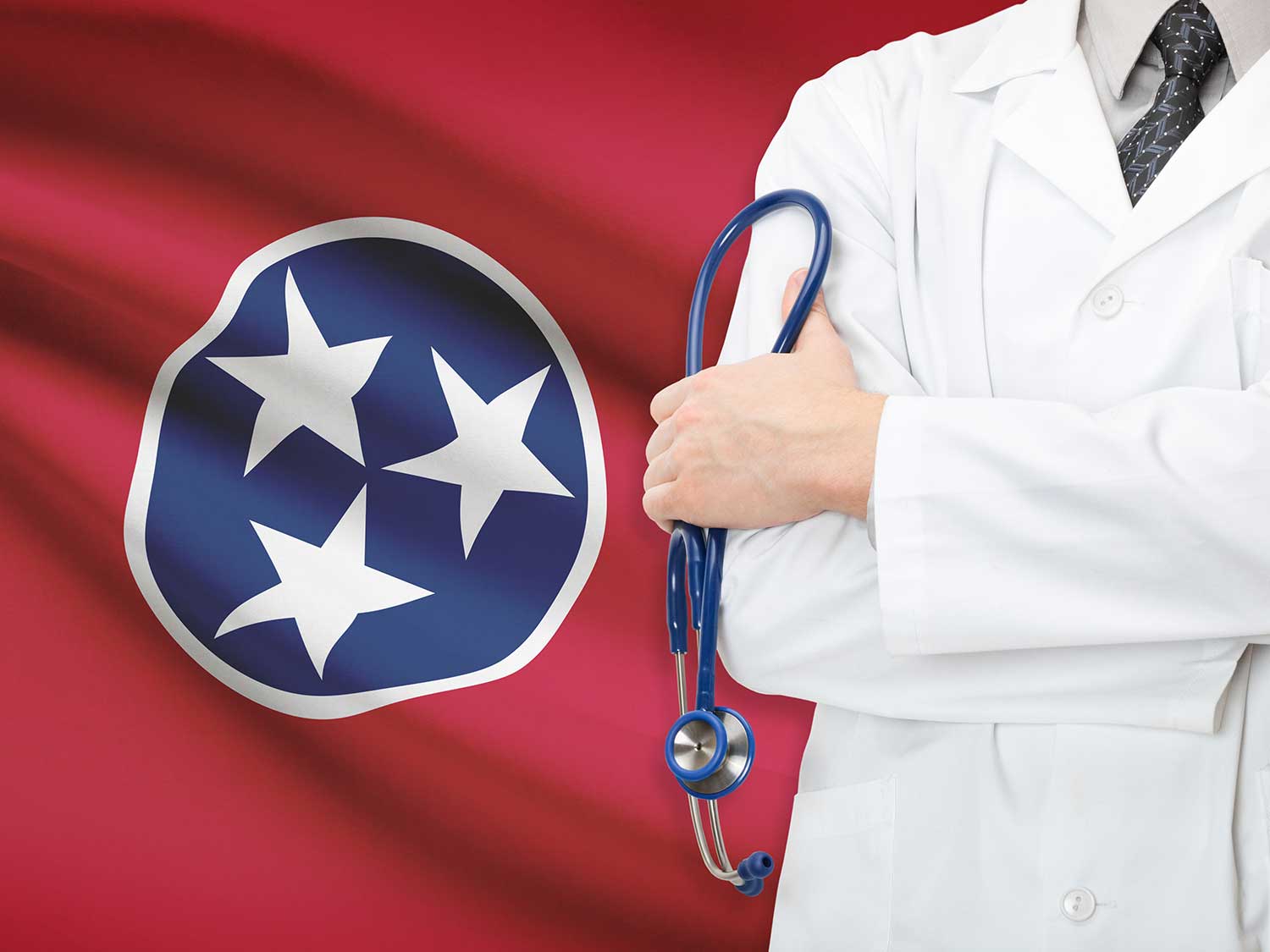 Doctors in Tennessee have several good options for medical liability insurance. The best insurers in the state are:

These carriers use proprietary methodologies to set rates and there is no set standard rate across insurers for each specialty. However, Tennessee physicians tend to buy policies with $1,000,000 a claim/$3,000,000 aggregate per year in coverage. Due to tort reform in 2008 and 2011, the medical malpractice insurance market in Tennessee is currently considered moderate and stable.

There is no legal requirement in the state of Tennessee for physicians to carry medical malpractice insurance. Regardless of state law, many Tennessee hospitals and health centers require doctors to carry medical malpractice insurance if they want admitting privileges. Liability limits of $1 million per occurrence or claim and $3 million per annual aggregate are the standard policy amounts. If you practice a high-risk specialty, such as Obstetrics/Gynecology or surgery, you will likely want a policy with higher liability limits.

Tennessee continues to struggle with the effects of the COVID-19 pandemic. As of July 2021, approximately 39% of state residents were fully vaccinated against COVID-19, ranking Tennessee the eighth-worst state for vaccinations rates per the CDC via Bloomberg. The Delta variant continues to threaten the unvaccinated, and hospitals across the state continue to follow precautions as they prepare for another surge in cases.

With the symptoms of COVID-19 varying from patient to patient, the risk of misdiagnosis is high. It is recommended that any physician practicing medicine in Tennessee during the COVID-19 pandemic be protected by medical malpractice insurance.

In response to the COVID-19 outbreak, Tennessee legislators passed HB 8002 during a special session in August 2020, which requires health insurance companies to cover telemedicine services in the same way as in-person care until April 2022. The Tennessee law echoed legislation passed across the nation in the wake of the pandemic.

Still, there are barriers to telemedicine adoption, including healthcare regulations that keep providers from offering telehealth visits and the absence of a framework to support the technology – it’s estimated that 18% of Tennessee households lack broadband internet access, making virtual visits difficult. While these new laws expand access in the short term, Tennessee lags behind other states when it comes to telehealth expansion.

Tennessee rates for malpractice insurance are moderate compared to the rest of the country. See below for approximate rates across all territories for limits of $1,000,000 Each Claim/$3,000,000 Aggregate (the most common limits of liability in Tennessee).

The first notable tort reform was passed in 2008, when legislation was passed requiring that providers receive written notice within 60 days of a claim, plus a “certificate of good faith clause”, which backs up the merit of the claim by an expert witness. Shortly after, Tennessee Governor Bill Haslam signed the Tennessee Civil Justice Act of 2011. This new legislation introduced several malpractice-related statutes, setting caps on noneconomic and punitive damages and introducing the state to comparative fault – if there is more than one defendant found to be at fault for damages, the defendants will bear a proportionate share of damages.

As with many states across the country, tort reform in Tennessee is constantly challenged in court. The Tennessee Supreme Court continues to examine cases that question whether caps on non-economic and punitive damages violate the Tennessee constitution.

Like many states, Tennessee has a cap on non-economic medical malpractice damages, which include factors such as anxiety, depression, pain and suffering, disfigurement, emotional distress, and loss of consortium.  In addition:

Doctors practicing in Tennessee that have a claims-made policy but DON’T have Prior Acts insurance (also known as Nose Coverage) need a tail insurance policy to ensure that they’re protected from malpractice claims when changing jobs. Your exposure period begins with your retroactive date (the first date of employment with your last employer) and ends on the policy cancellation date (your last day seeing patients at that job). If a claim is made after your policy expires, tail malpractice insurance will protect you. Often before you begin a new job, your new employer will want to confirm you have tail coverage from your prior job. To get the best rates on tail insurance in Tennessee, contact a broker before you notify your employer of your resignation.

WalletHub ranked Tennessee as the ‘6th Best State for Doctors’ in the nation in 2020, scoring well in areas like Average Monthly Starting Salary of Physicians, Projected Physicians per Capita by 2026, and Malpractice Award Payout Amount per Capita. Medscape adds, “Tennessee Physicians are more likely to report being very happy both inside and outside of the clinic than are doctors and most other states. Adjusted for the cost of living the state ranks number three in average physician compensation and malpractice pads are among the lowest in the nation.”

Overall, Tennessee is considered a good state for physicians. A low cost of living, good pay for doctors, tort reform, small towns, progressive communities, and plenty of music and attractions make The Volunteer state an ideal place to practice medicine.

MEDPLI helps doctors from all specialties. Whether you are a neurologist in Nashville, an anesthesiologist in Memphis, or a surgeon in Knoxville, we can help you find medical malpractice insurance. To get coverage from an A-rated carrier, contact us by requesting a quote.